Black and Tan is a color pattern in dogs that can be found in different parts of the world. While these pets are black in color, some of their body parts, like the eyebrow, muzzles, chest, and legs, are Tan. Others have a black spot under their tail, while the saddle Tan or creeping Tan has a black saddle on their neck.

The Black And Tan Boerboel Mistery.

What is a crop-out Black And Tan Dog?

A crop-out Black and Tan dog is born with this coloring in a breed that does not have Black and Tan. Usually, these types of puppies come as a shocker to the breeder, who is forced to doubt the purity of the breeding dog. However, just because your four-legged friend is born with this coloring does not imply that the breeding process is questionable, at times; the major cause could be the genetics of color. 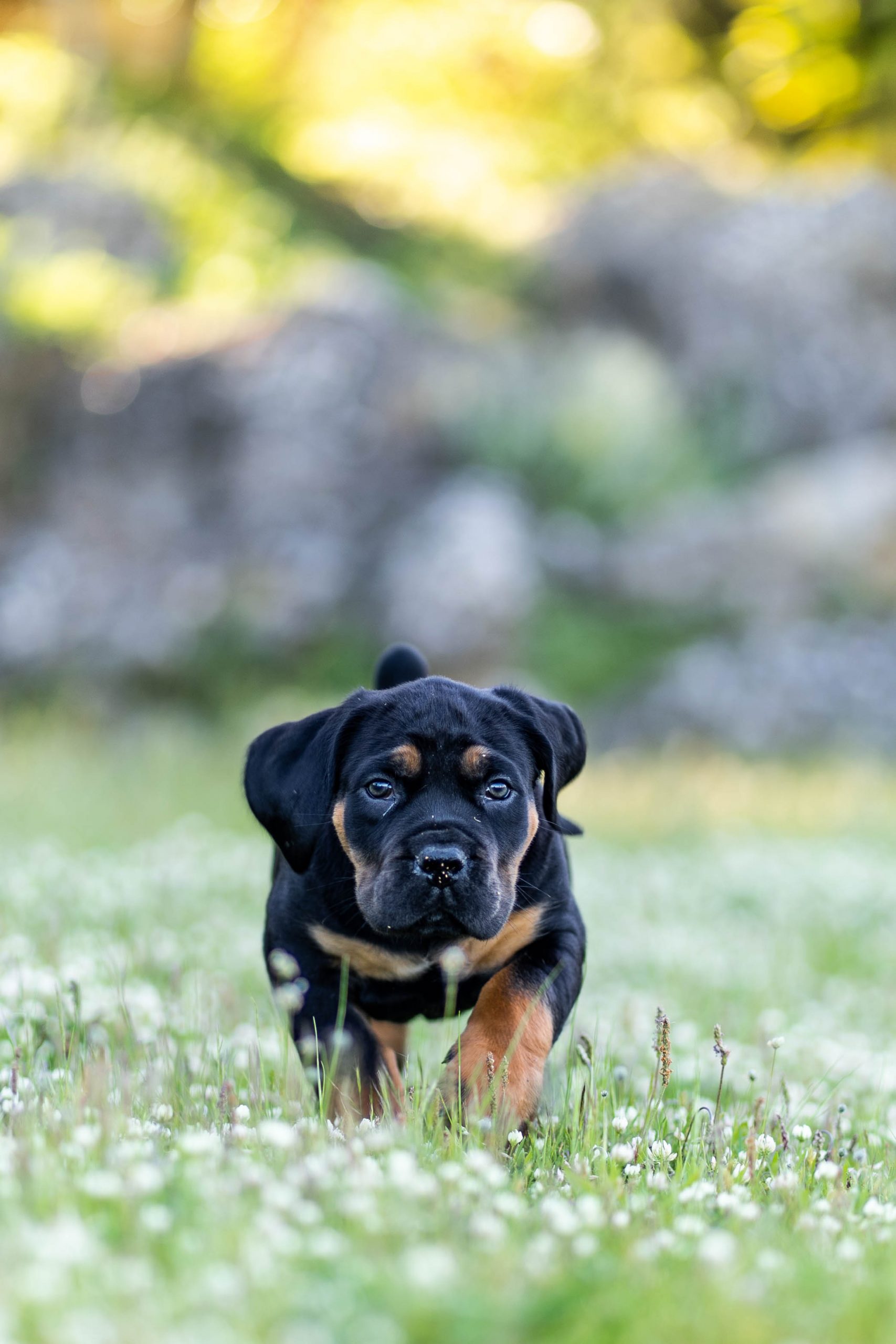 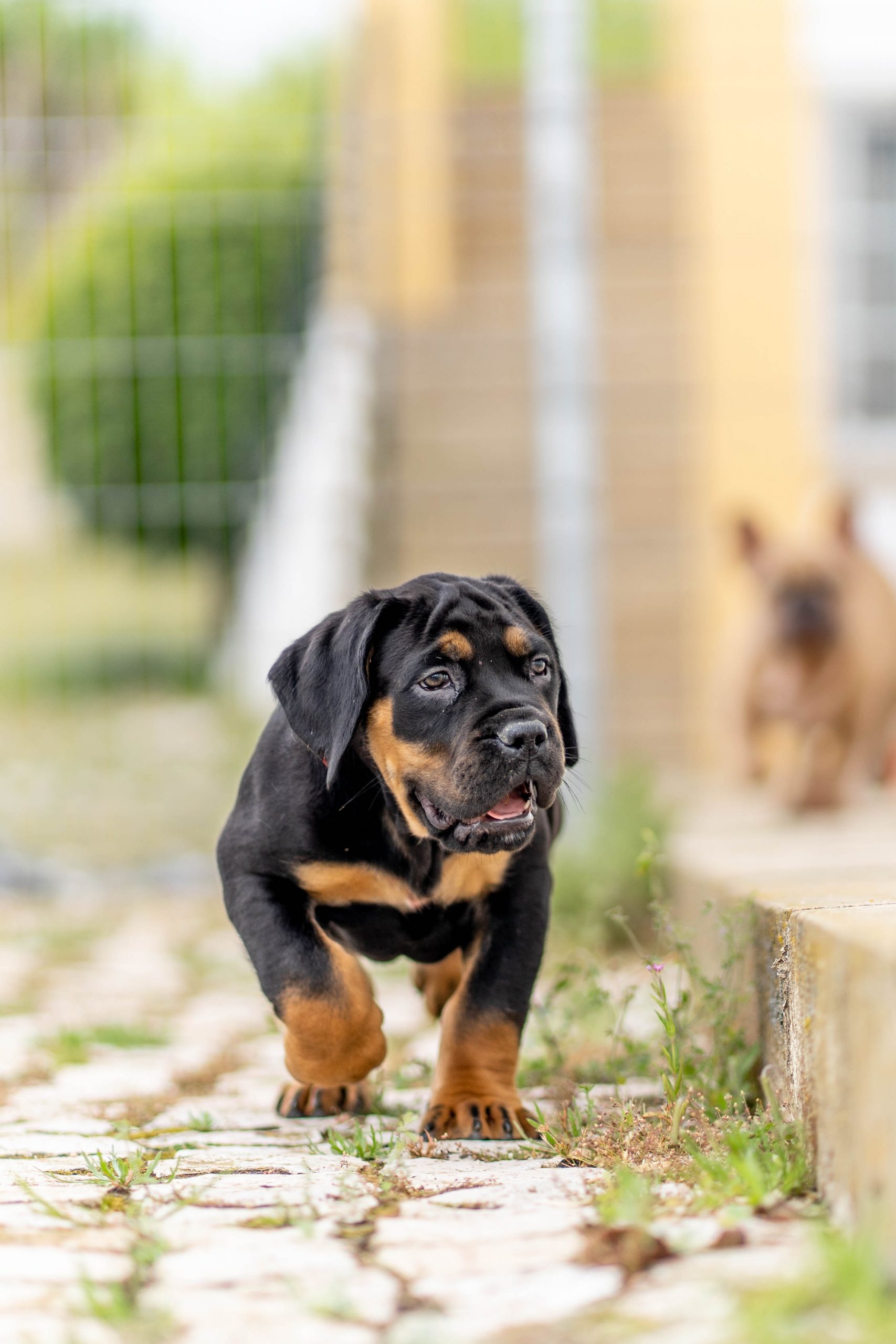 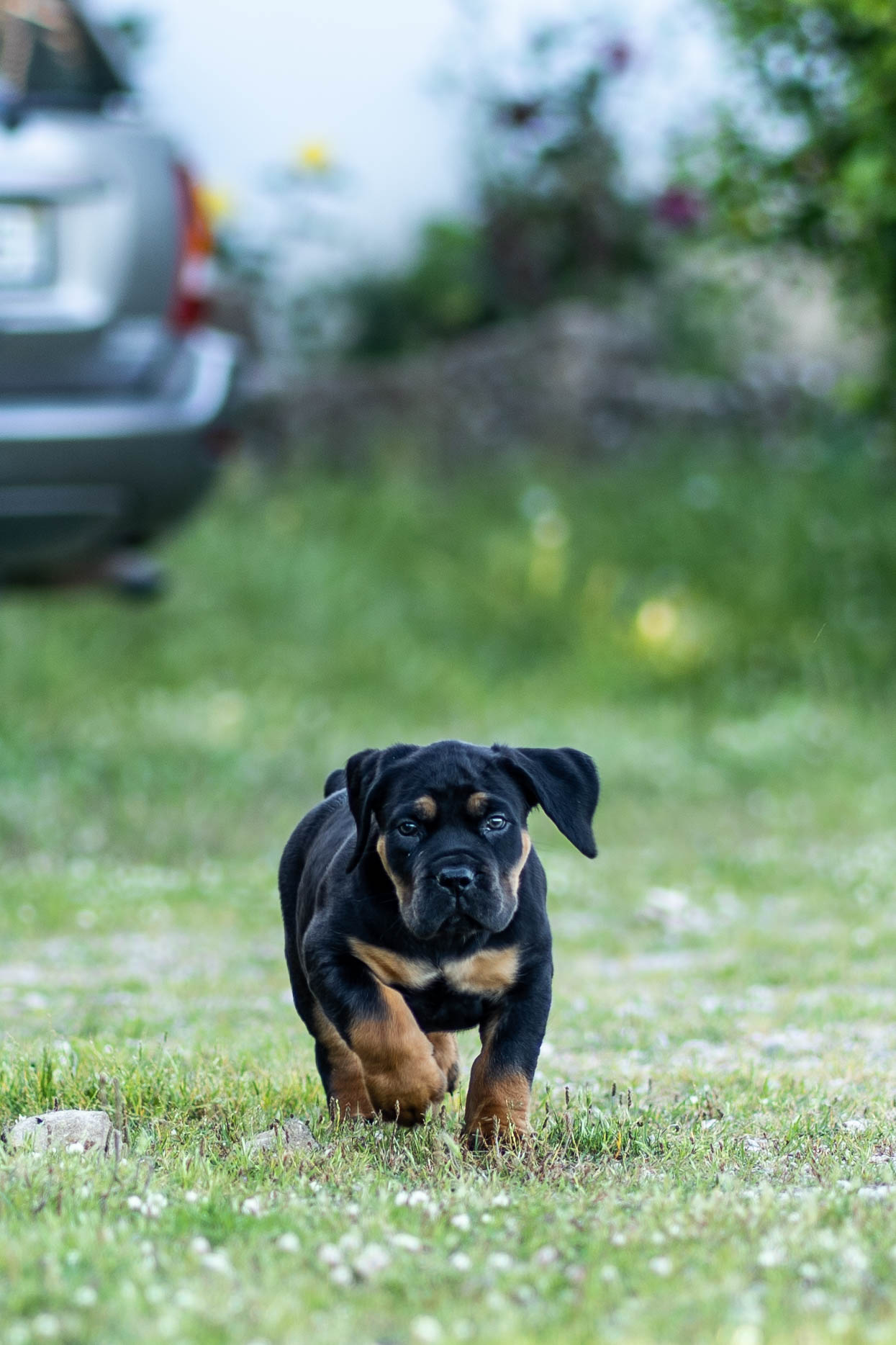 The history of the black and Tan Coloration

Up to date, the exact origin of the Black and Tan colored dogs remains unknown. However, what is known is that this an ancient color present in some of the oldest breeds of dogs, such as the Saluki Hound and Afghan hound. Research also shows that one of the first Saluki Hounds to be exported to Saudi Arabia was Black and Tan. In addition, some mosiac arts in 200-100 BC had these colorings. At present, this color is found in dog breeds all over the world.

The Genetics of Black and Tan

The major gene found in the Black and Tan dog is known as Agouti. Usually, dogs have two allele (Genes of interest that have more than one version). The first, inherited from the male dog and the second from the female. These animals randomly pass one of these alleles to their offspring. In addition, while each dog has two alleles, they also have homozygous (which is two copies of the same allele). This implies that they have four possible alleles could be any of the following:

With these, it is clear that in other for a dog to be Black and Tan, it must either have the following genes (atat or ata), or it must have inherited a Black and Tan allele from one parent and a Homozygous for recessive black from the other parent.

In addition, it is worthy to note that dogs that are ay or aw will NOT be Black and Tan even if they have the homozygous for Black and Tan. Also, just because dogs that carry this colouring gene are bred together does not mean that they will give birth to one, but there is a possibility to do that.

Furthermore, dogs that carry dominant black and recessive red will have their genes completely hidden, and that is why yellow, black, chocolate, and blue dogs also carry Balck and Tan Allele. For instance, Labrador retrievers are atat; however, because they carry a dominant black and recessive red, the coloration is usually hidden, and that is why once in a while, adult Labradors give birth to Black and Tan puppies. This implies that even when a dog breed isn’t Black and Tan, the possibility exists for the adult dog to give birth to puppies with this colour.

Finally, Black and Tan dogs are beautiful creatures that could serve as pets. At present, this canine friend is found in almost all countries of the world. If you are a dog breeder interested in having your pets birth this type of dog, all you need to do is to carry out a DNA test to find out their Agouti and dominant black status. Doing this can help you know if they are carrying a Black and Tan allele. Thank you for reading till the end, the Elite Boerboel family appreciate you.

Want a a true Elite Boerboel?